The tools that I found most helpful during this project were the Quick Selection tool and the Magic Wand tool. Each of these tools made it really simple and quick to select pixels of relative colors.

Zipped files compress data and therefore save time and space, as well as making downloading software and attachments faster. Zip files are more popular due to how efficient and time saving they can be. Extracted files are less compressed and therefore they take up more data and can take a long time to download. 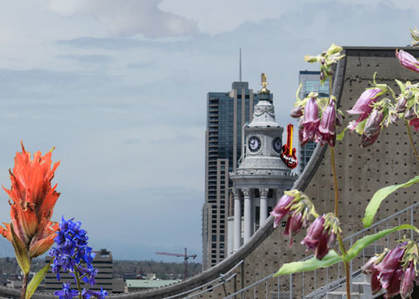 1.Do you feel you met or approached the project rationale? Use evidence explaining why or why not.

Yes I feel as if I met the rationale of the project. I understand how art helps to promote understanding of the world around us. I understand how it can communicate ideas and tell visual stories. During one period of time, paleolithic people would paint on the walls of the cave to explain certain events, mostly things that happened during the hunts. Drawings would show the anatomy of certain animals using different techniques, like positive and negative space, twisted, or aerial perspective.

2. What is considered art?

I think anything with a meaning or a purpose should be art. Anything that you put time and thought into should be considered art. Something that evokes human emotion in the form of music, literature, film, sculpture, paintings, drawings, or something totally new and original.

3. How does context affect works of art?

Context basically gives a piece of art meaning, like a story being told in a song. Context often allows you to relate to the artist. Context is one of the most important things when a piece of art is presented.

4. Why would context matter when interpreting art?

Like I said before, context gives the art meaning. So if a piece of art lacks context and meaning, it would be very hard for anybody to relate to it. It would almost be like trying to understand sign language without having learned it before, it has no meaning to you. Anybody could be an artist if we all could put a specific meaning behind a piece of art, but not everybody can. Some people are better at it than others, like the bands in the 80’s and 90’s.

The first step that I took was going out on campus and finding the letters within nature, and photographing them. After saving them, I imported them into Photo Shop and made a selection. After refining the edge of each letter, I pasted them into a separate PSD. Then, I had to make each selection the same height as all the others. The last step that I took was using a filter to unify the project.
Powered by